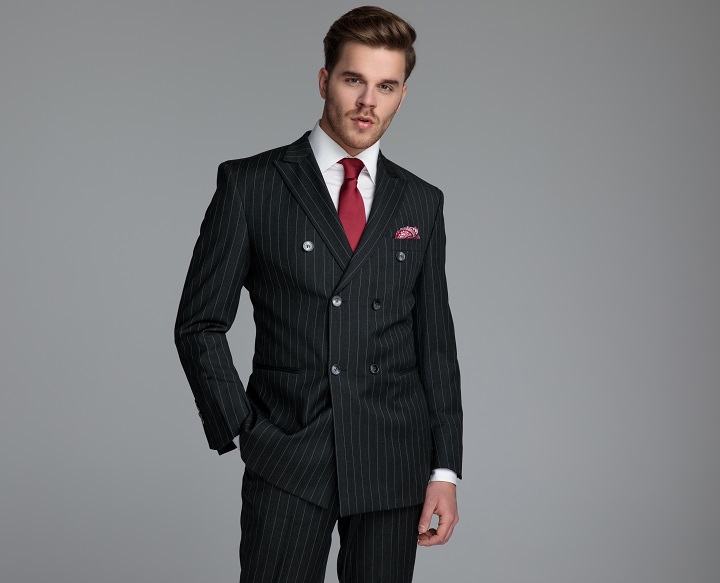 Guess what’s back in fashion. The double breasted silhouettes, swooping lapels, broad shoulders, and additional chest are back in style. The classic double-breasted jacket originated with the frock coat, worn in the early Victorian era, in the 1820s and 30s. Double-breasted jackets have their roots in English sportswear. The double breasted suit has recently made a comeback in the modern collections of the best tailoring houses in the world.

Most double-breasted suits have three buttons on each side of two rows of buttons. The inner button, known as the jigger button, which maintains the jacket flaps in line, is typically fastened, as well as the centre button on the left. Rich and traditional fabrics from the finest mills in Scotland and England complete them. The time to come up with one is now!

The contemporary double-breasted suits elevate suit wearers' stylistic expression to new heights. Because of this, some people have made this costume into their signature item. However, you must be aware of a variety of style guidelines in order to successfully pull off the classy look. 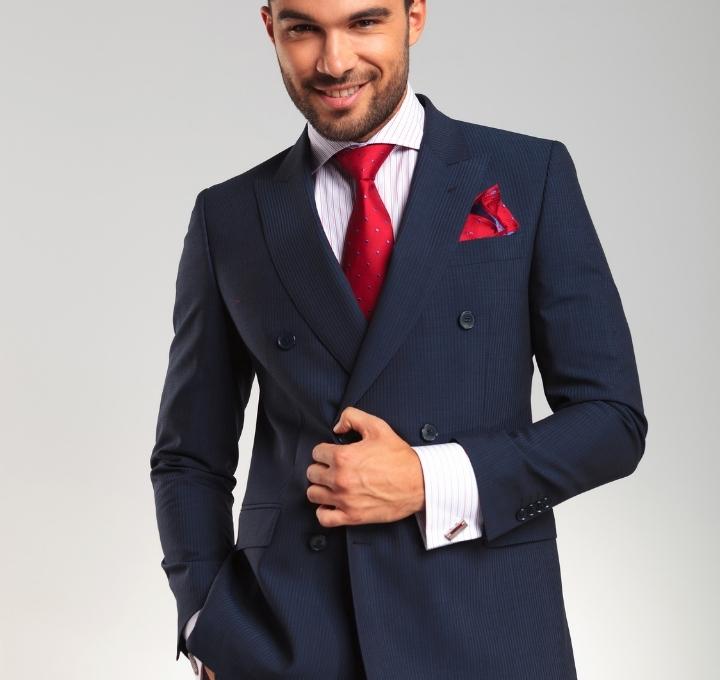 What is a double-breasted suit?

The double-breasted suit has overlapping front flaps and two parallel button lines. There are often one to four button rows on mens double-breasted suit jackets, but only one or two are utilised. In addition, a button known as the anchor or jigger can be found within the jacket. It aids in keeping the jacket fastened. Furthermore, the right lapel typically folds over the left lapel.

The modern mens double-breasted suit features higher armholes and shorter sleeves. It gives off a cleaner, crisper appearance. It also fits leaner, giving it a more contemporary, understated look. The large peak lapels on these suits also offer the appearance of having a bigger chest while drawing attention to an optical illusion that gives height.

Make sure your suit is appropriately fitted to the dimensions and size of your body. Wide shoulders and close hips characterise traditional double-breasted suits. They may also be a little bit shorter in length than a contemporary suit and have peaked lapels. To ensure that your suit fits your legs, arms, and waist comfortably without being too baggy or tight, take it to a tailor. The majority of tailors are familiar with the proper fit for a double-breasted suit. When the jacket is buttoned, there should be a tiny tension in it.

When standing, push only the centre two buttons. On either side of the jacket, a row of three buttons is typically found on double-breasted suits. Button the middle button on your suit jacket and leave the top and bottom buttons unbuttoned. Unbutton every button on your suit if youre going to sit down so you have room to move. Because it functions as a corset, the middle button can aid in tucking in any loose parts of your tummy.

Book an appointment
Chat with our stylist

The Binary By Omniyath Tower